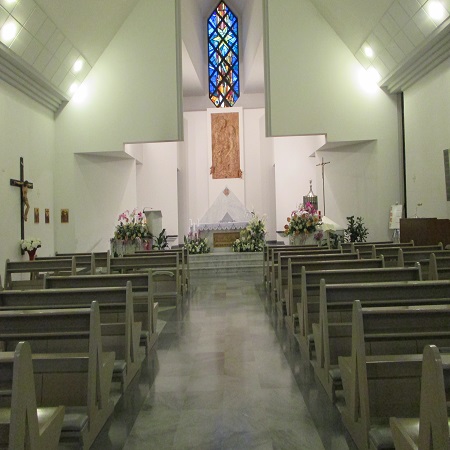 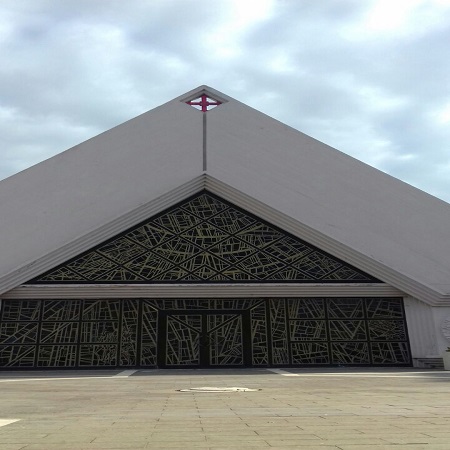 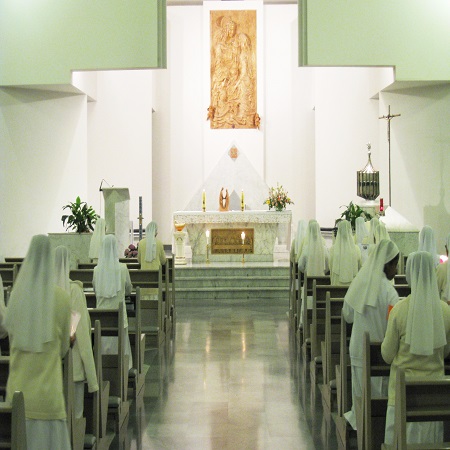 Sanctuary of Saint Mary of the Visitation

Among the sanctuaries in the vicinity of Rome is to be added that of Santa Maria della Visitazione. Quiet hill called at the time “Prato Rotatore”, now “Oasi Tabor”.

On February 22, 1988, feast of the Chair of St. Peter, in the place of an existing church in a serious state of danger, demolished this is placed, just where there ‘was the altar with simple but evocative ceremony, the “first stone” to erect the Sanctuary of Our Lady of Visitation.

On May 31 of the same year, feast of the Visitation of the Virgin Mary, S. Em. card. Ugo Poletti, Vicar of the Pope, blessed the Sanctuary and celebrated the first Holy Mass, in the festive presence of all those who, with a caring and active impetus, had collaborated in the building of the Temple. In addition to His Eminence, H.E. Monsignor Diego Bona, Ordinary of the place, other religious and civil authorities and many friends of the religious family of the Servants of the Visitation were present.

At the closing of the Marian Year, on the afternoon of August 13, 1988, with a solemn concelebration, the participation of many priests and many people of God, the new Church was consecrated by H.E. Monsignor Diego Bona and declared: Sanctuary of Santa Maria della Visitazione.